Injury, and a few Crossfit mods as a result. Planes. 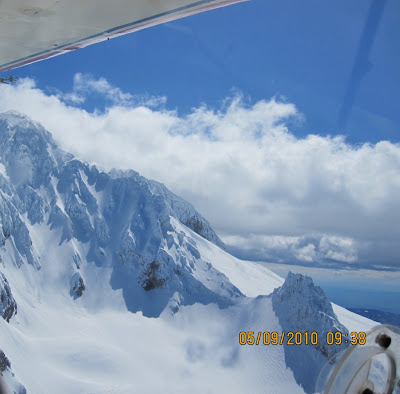 Learning experiences are more pleasant in retrospect. In the moment they often suck.I sometimes think you arent human, or at least a different gene pool than me.The upside of your back may be that you continue to write a lot as you have been recently.I find your posts entertaining,informative, and contemplative.The world needs your enthusiasm and wisdom.Thanks.

The good thing is that strength mistakes at 40 will help with your training at 60. Technique is most important. Maybe this inconvience will help you advance in other areas of your training. It's best to understand the reason for the injury. Like the old joke says, "Doc it hurts when I do this." Doc says,
Well then, don't do that."

...you might have just slipped the facet joint a little bit, then +++ protective muscle spasm. A physio can do a simple manipulation to help things out...

Happens to me about 1-2x per year.

Maybe I’ve said this before, but this is exactly my argument against Crossfit. I did XF for several years and bounced between being in the best shape of my life (and climbing my hardest) and being out of commission injured. I can give you a couple of examples: my XF coach was kind enough to give me private sessions while injured. This was a new XF affiliate and so they were just gearing up. One time a new rowing machine had just come in and he was excited for me to try it out. We went through a half hour of skills training and then he wanted me to do a 600m (or 1200 or whatever). I asked what a “good time” was – he told me – and then I went for it and just missed that time. At the end of next three minutes I had TWO tennis elbows to show for my efforts and another 6-month rehab to add on to the rehab I was already doing. This was deeply stupid on my part but also deeply stupid on my coaches’. There is no way I should have been going for “good time” having just received instruction. Another time we were doing Tabata and I was pacing myself. My coach was furious with me that I wasn’t going all out and refused to work with me for the rest of the day.

Crossfit has an ethic: that there is “honor” in suffering and even being injured. There is even a Crossfit Journal article where Greg Glassman (the original coach) argues that timing and counting everything and competition with yourself/other is integral to improvement. I think this comes out of the military/tactical ops and political orientation of Glassman. What I mean by this is that XF is in a funny way team based. You are part of the XF team and have to keep up with the team. This gives way to doing XF just as an end itself – being a “Crossfit athlete” – rather than as a base for other sports. If you give into this pressure and loose your personal judgment (like a military operative is expected to do) you are bound to get injured because there is nothing saying “stop.”

What was done said...

Getting old is only in our mind.
Age never prevented people from doing things:
http://www.whatwasdone.com/

Thanks for the suggestions and comments--yes to all! I'm aiming for more results and less pain, will look into the facet joint release. Getting better.

Kim--Thanks for the thoughts, the contemplating is appreciated and worthwhile to me. Maybe any type of hard training can and often will result in injury. If you're going for big results then you're running risks; if we just walked 30 minutes a day and did a little light stretching we'd all be fine. I don't think CF (or XF? WTF is the right acronym?) leads to more injures necessarily, and I can't blame "group think" as I primarily work out with only one or two other people or on my own. It does sound like your CF coach was a real dick who was confusing motivation with some sort of personal ego trip, good riddance to him. There are good and bad coaches in every sport, I've fired a few over the years (and I've done a poor job of it occasionally too, hopefully I've learned!).

I've injured myself training hard in my garage all alone at night... I just haven't done it lately, grrr... I'm getting a little more suspect of the CF group workout as Kim is now out with a back issue too, but hard to blame that specifically. And yes on Crossfit becoming an end unto itself; there is still a little dissonance in my mind between Crossfit and the rest of my sports. I think many CFers become just that to the exclusion of all else, even if they say they are using CF to train for something else. CF in general will not make anyone a better sports-specific athlete (unless the sport looks a lot like CF), but if you can stay relatively injury free then it will make fitter athletes...

Anyhow, good thoughts, and agreed, I'm not getting any older, ha!!